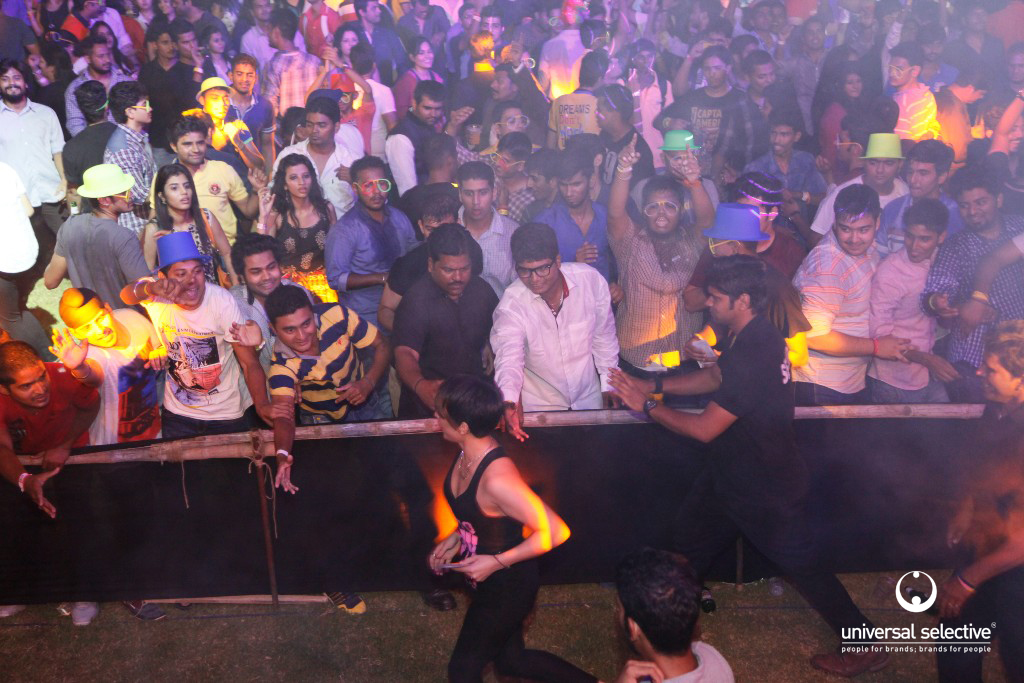 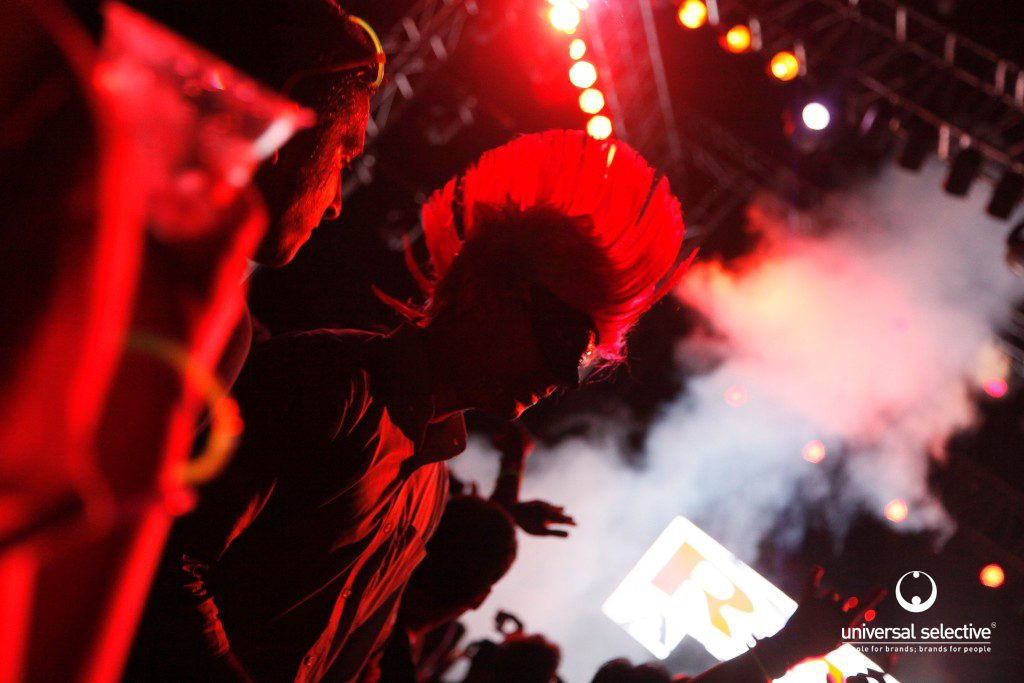 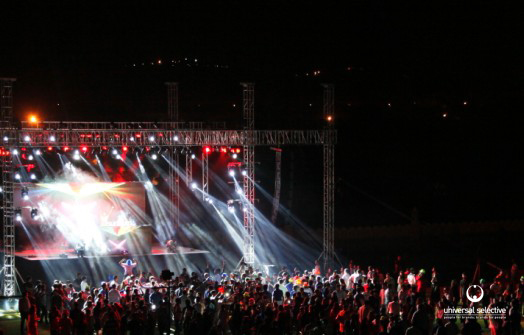 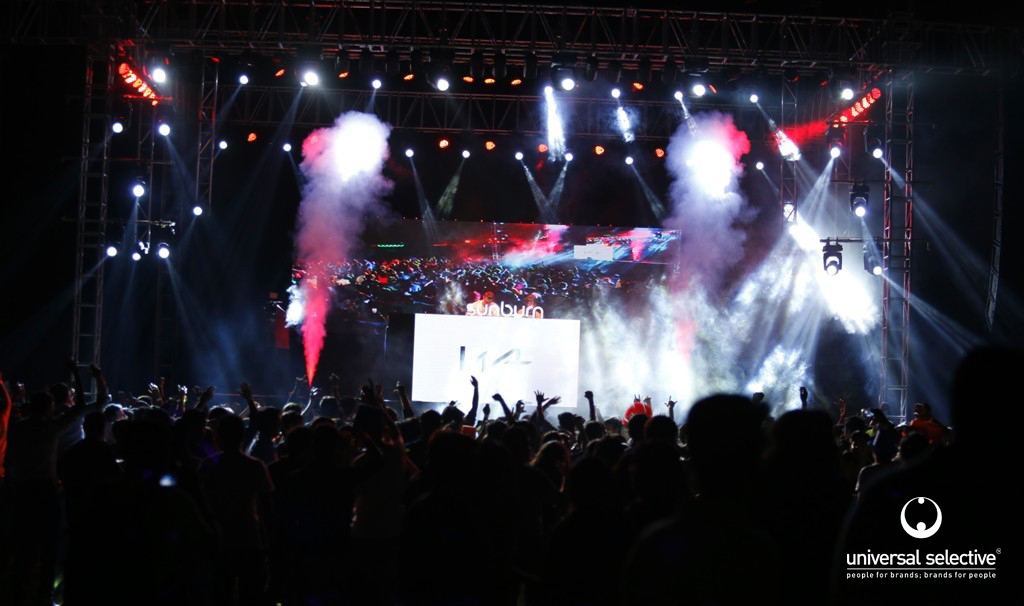 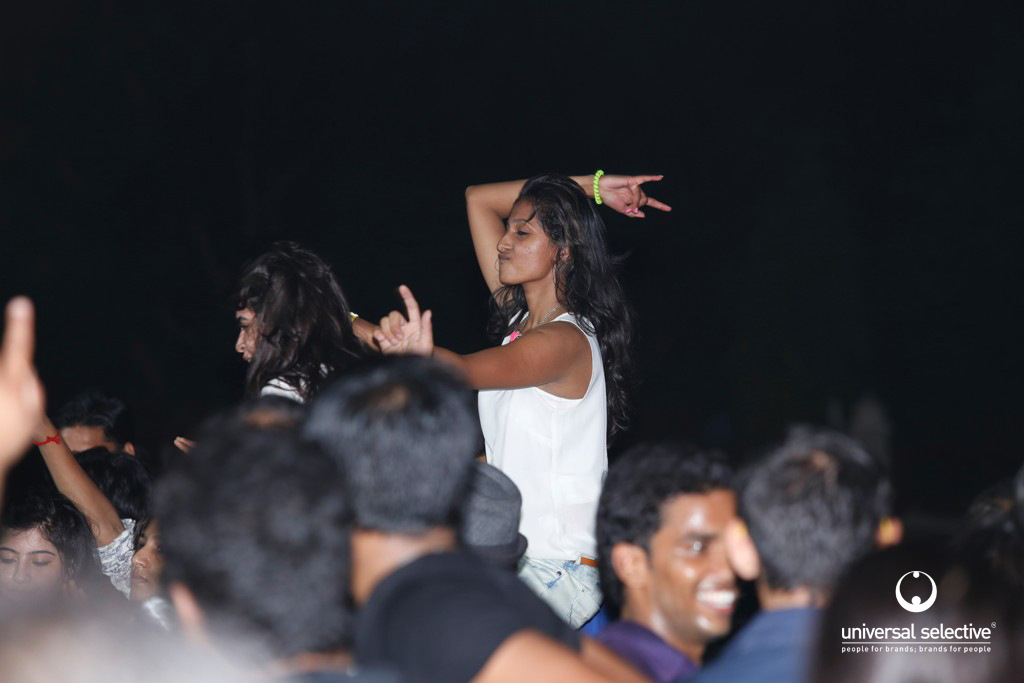 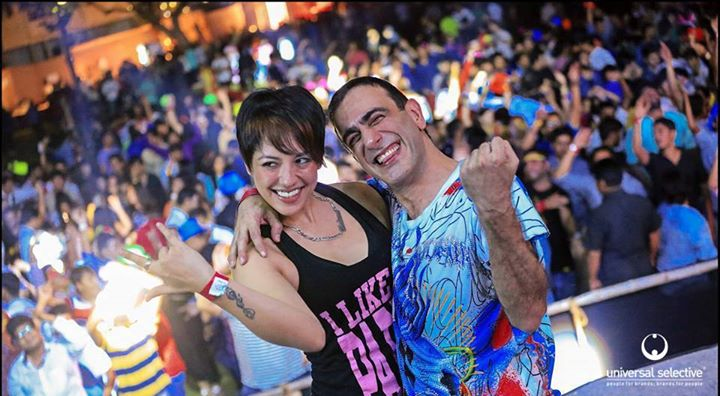 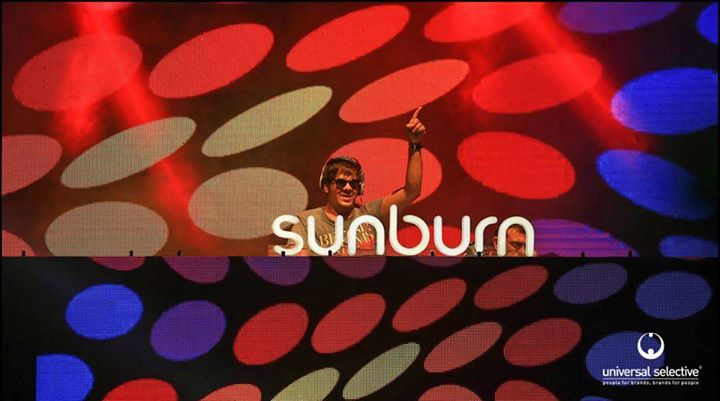 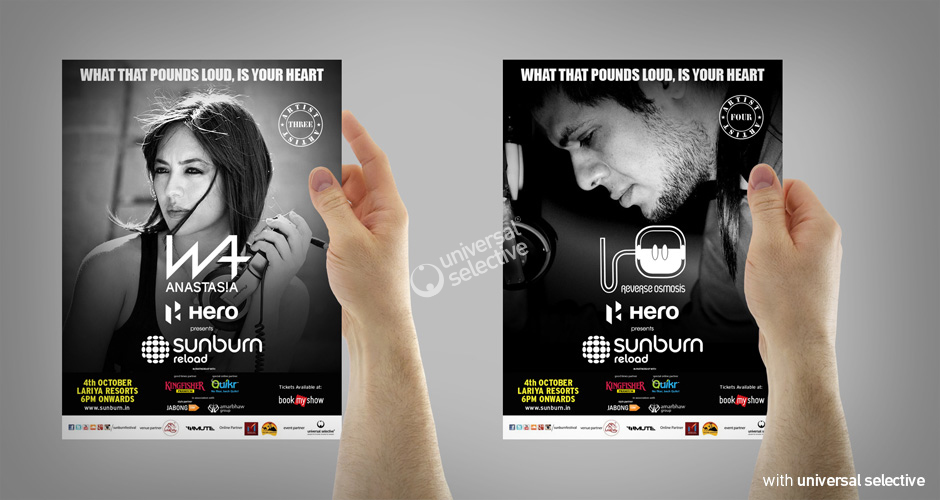 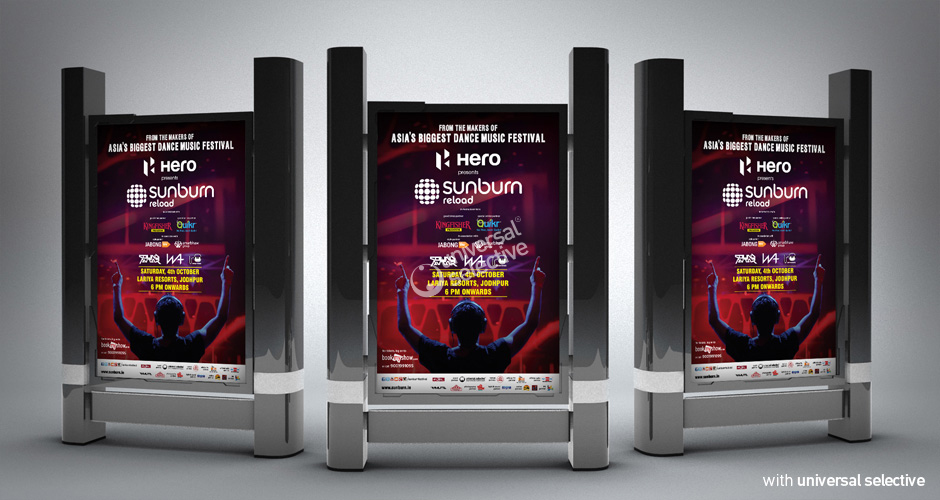 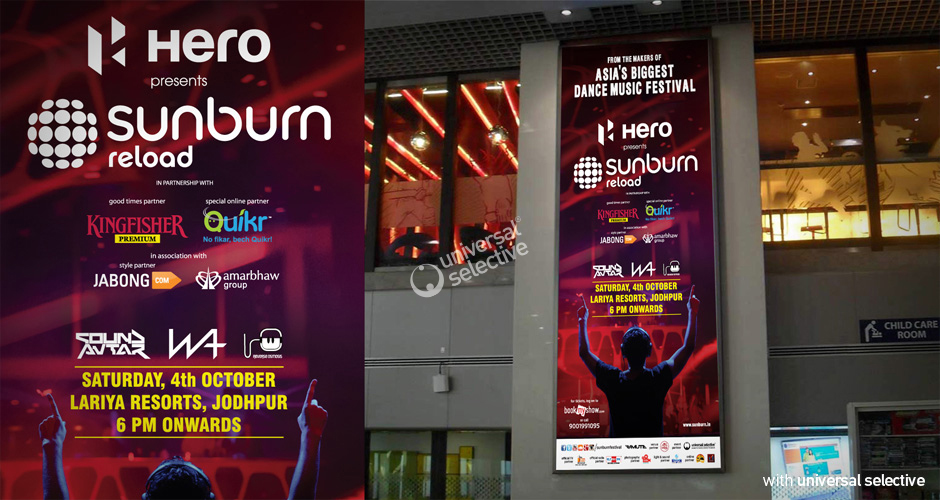 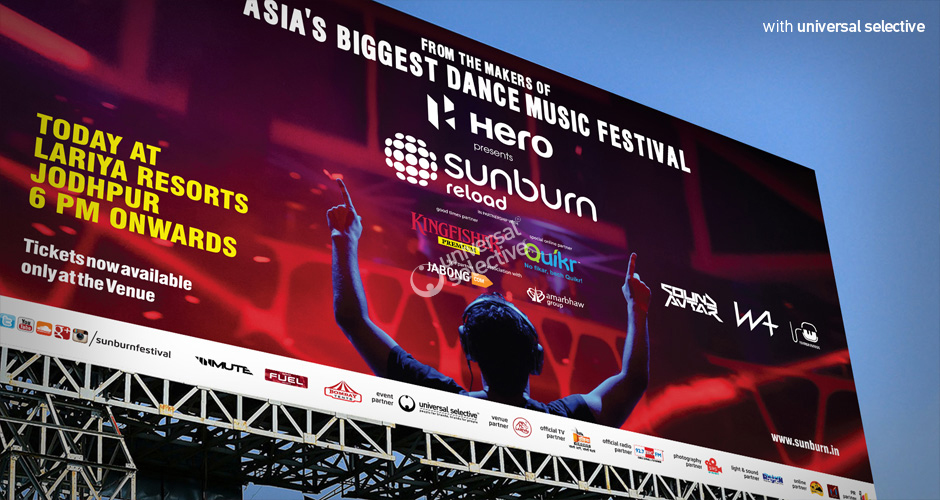 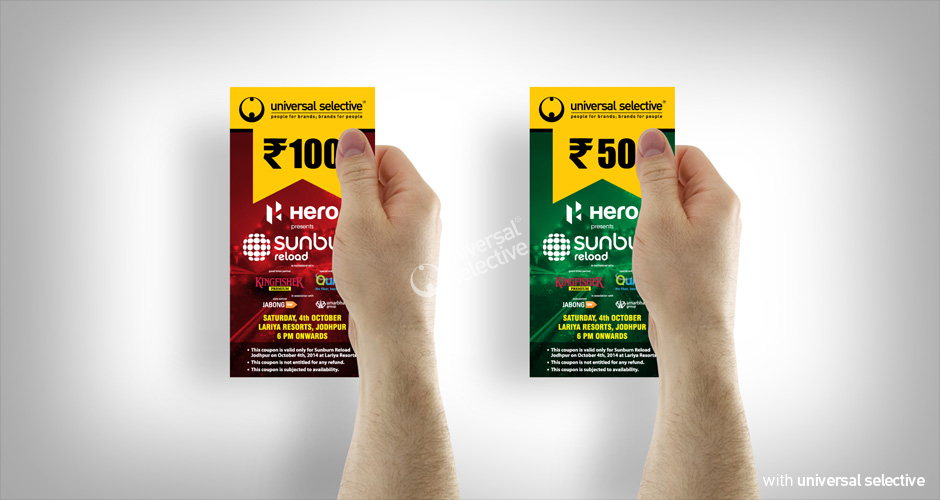 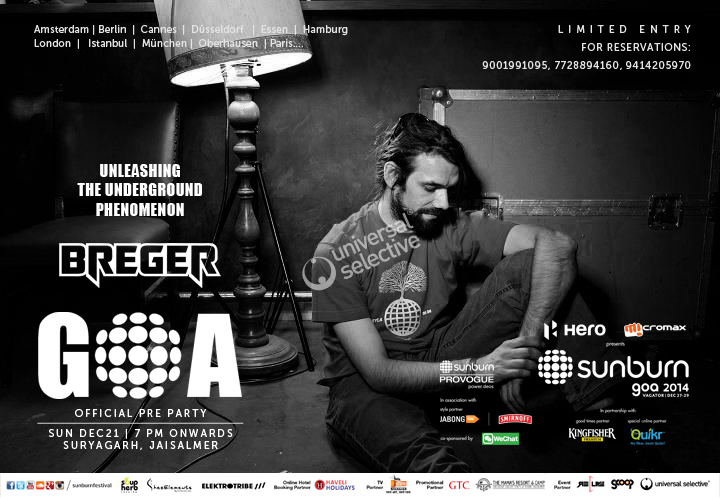 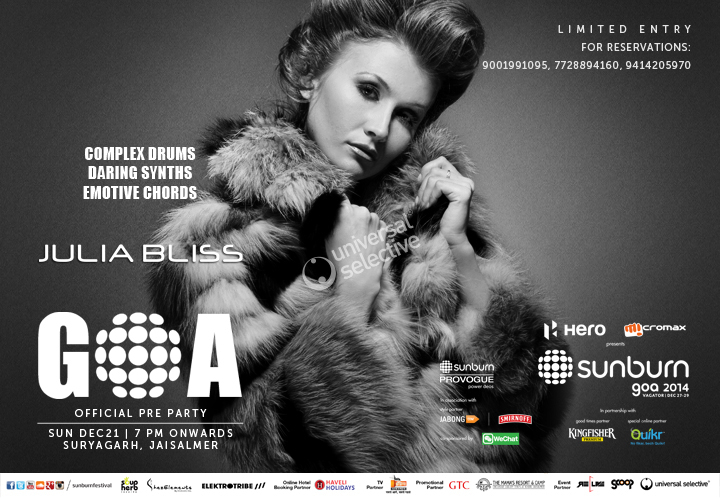 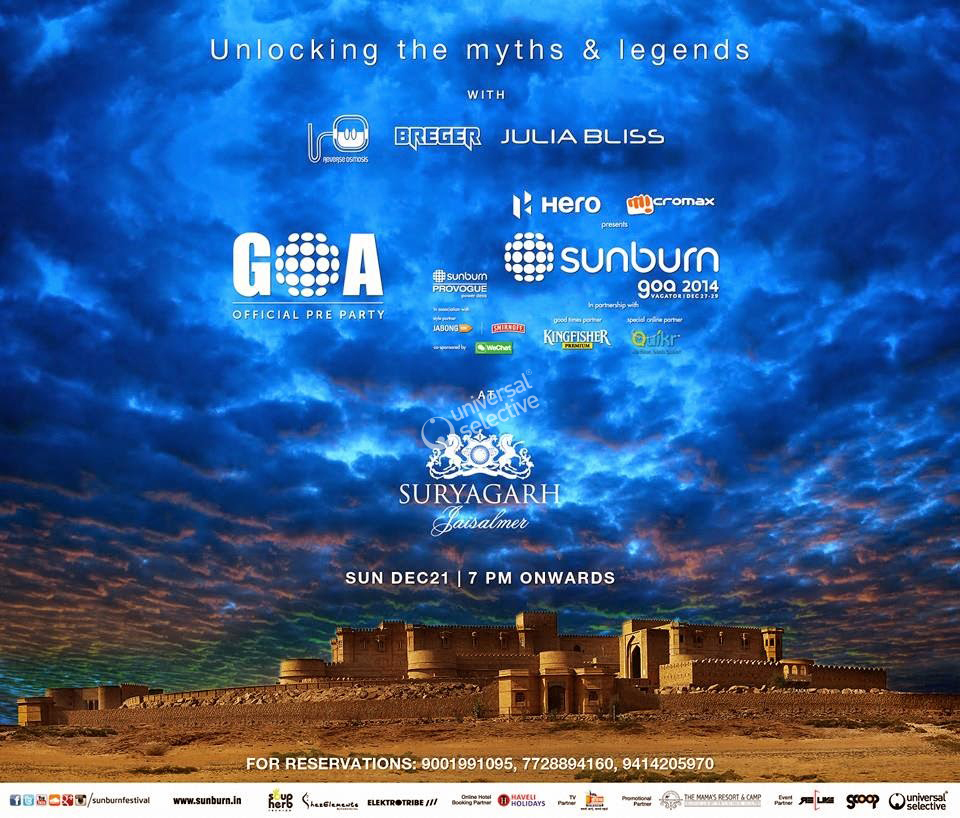 ABOUT
Sunburn, a Percept live property is a commercial electronic dance music festival held in Goa every year. The festival is an amalgamation of Music, Entertainment, Food and Shopping, and was ranked by CNN in 2009 as one of the Top 10 Festivals in the world.

CAMPAIGN
Universal Selective gained rights to host Rajasthan’s first Sunburn Reload, an express format of the main Sunburn Festival. Three Sunburns were hosted in a row in the city of Jodhpur & Jaisalmer that took the cities by storm. The duties included the entire event production, artist management to creative campaigning. Sunburn Re-load is still considered to be the milestone event that triggered the concept of ‘music based nightlife’ in Western Rajasthan.